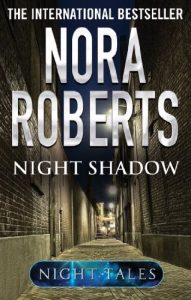 In a city ruled by fear, one man is on a mission. They call him Nemesis - the masked vigilante who stalks the streets at night, dispensing his own form of justice.

Idealistic young prosecutor Deborah O'Roarke has always prided herself on following the law to the letter. But when Nemesis rescues her from a shocking attack, she feels an unexpected and unsettling attraction to the mysterious crime fighter. Who is he? And can she deny her desire to join him in the shadows...?

Look out for the other standalone titles in the Night Tales series: beginning with Night Shift and continuing with Nightshade, Night Smoke and Night Shield - all now available as Ebooks for the first time.

Includes a preview of Nightshade