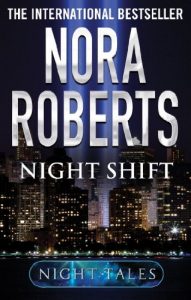 Late-night radio DJ Cilla O'Roarke loves the night. She also knows how to take care of herself - and never lets down her guard. But when a caller to the station leaves a series of increasingly sinister threats, Cilla is forced to accept police protection - despite huge misgivings.

It doesn't help that Detective Boyd Fletcher has been assigned her full-time bodyguard. Okay, so he's handsome and capable, but he's also absolutely infuriating - and determined to watch over Cilla every second of the day and night. And all the while, a killer waits in the darkness...

Look out for the other standalone titles in the Night Tales series: Night Shadow, Nightshade, Night Smoke and Night Shield - all now available as Ebooks for the first time.

Includes a preview of Night Shadow